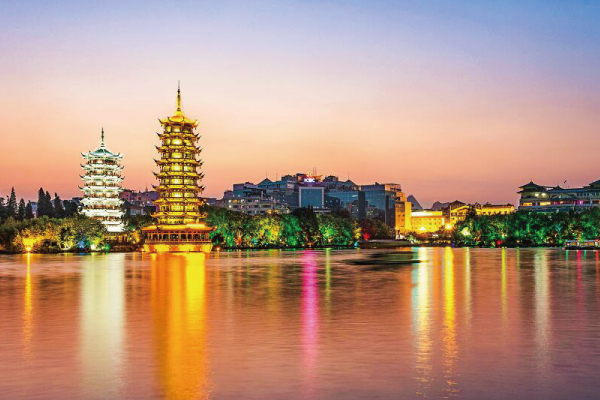 Guilin is known as a world famous tourist destination as well as a city of national, historical, and cultural significance. Since ancient times, Guilin has been known to Chinese people worldwide as "the most beautiful place under the heavens." Within the city, the beauty of the natural landscape and the depth of historical culture add radiance and beauty to each other. Guilin's fabulous landscape is the based on limestone karst formations that formed hundreds of millions of years ago when Guilin was under the ocean. This landscape is characterized by green mountains, sparkling waters, gorgeous caves and statuesque monoliths, which have lured countless poets to express their love for Guilin in poem and mesmerized a great many tourists for thousands of years. The moderate subtropical climate in Guilin presents a winter that never goes below freezing and summers full of sunshine. The integration of the magnificently beautiful scenery, unique minority folk customs, and historical culture have formed the unique urban landscape that is Guilin. 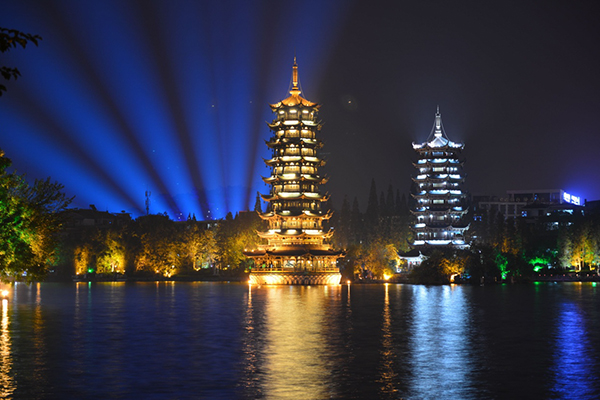 The Two Rivers and Four Lakes scenic spot refers to the water system which encircles downtown Guilin. It is composed of the Li River, Peach Blossom River, Banyon Lake, Fir Tree Lake, Osmanthus Lake and Wooden Dragon Lake. These form a park system that builds a belt around the downtown of Guilin. 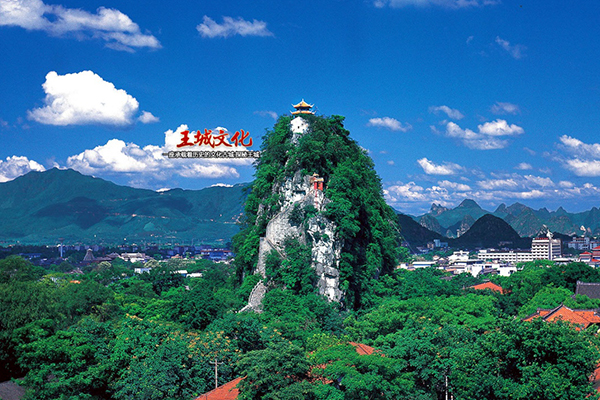 Enjoying the reputation as the world's best terraces, Longji Rice Terraces coil from the foot of the mountains to the many summits like a dragon's spine. The terraces are scattered tier upon tier forming a patchwork pattern. The ribbings of the terraces stretch smoothly as floating clouds and flowing water. Appreciating from a panoramic view, you will be fascinated by its boundless magnificence. It's an exquisite masterpiece created by the integration of man and nature. It also shows how ancient agricultural culture has been passed down to future generations.

It's said that Guilin's landscape is "the most beautiful under the heavens, and Yangshuo landscape is the most beautiful part of Guilin." Yangshuo is a river town entirely embraced by marvelous karst mountains that stretch for more than 100km. Along with the nearby emerging villages of Yangdi and Xingping, Yangshuo fully displays the breathtaking magnificence of the Li River's scenery. West Street embodies globalization as east meets west. 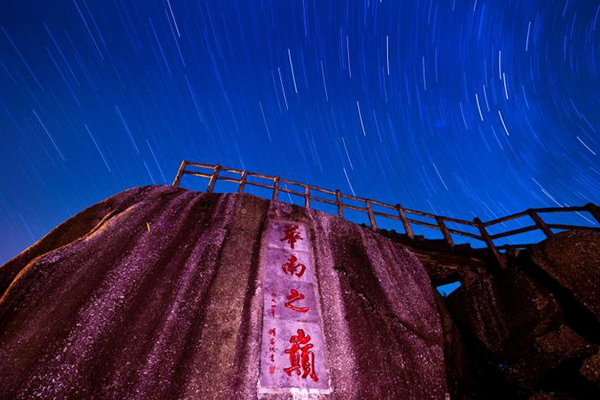 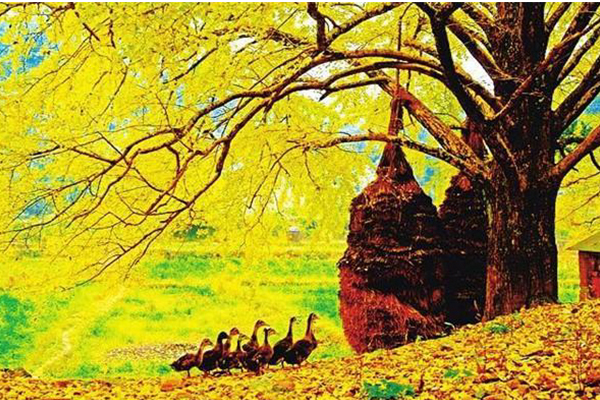 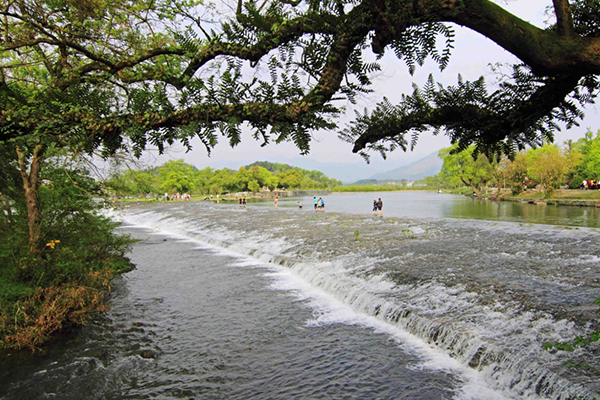 Located in Guilin's Xing'an County, Lingqu Canal is one of the oldest canals worldwide and a marvelous masterpiece of man-made wonder. Lingqu Canal has been irrigating northern Guangxi for thousands of years.

Named from the eight horns projecting like eight valorous dragons, Bajiaozhai has not undergone excessive development. The original beauty of the mountains and rivers is well preserved. 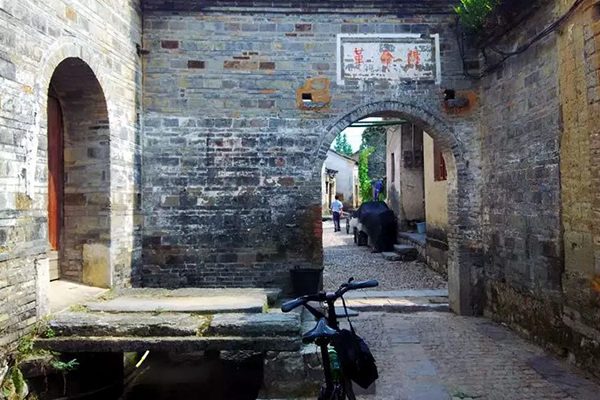 Built in 200B.C, Daxu is located in the middle reaches of the Li River. Daxu used to be foremost among the four ancient market towns in Guangxi. Meandering through Daxu, you can encounter antique cobbled roads and well-preserved ancient houses between the stone paths, which altogether draw a picture of Daxu with antique sensibility. A clear brook flows through the town offering the pleasure of tranquility and primitive simplicity.